The Best Countries to Outsource Software Development in 2019 Overview

Learn where in the world to hire software developers. A comparative analysis of the popular global outsourcing destinations.

Outsourcing has become a common solution in the recent for battling the IT talent gap, scaling development capabilities and cutting some operational costs in tow. As a result, their plenty of software companies on the market, offering quick access to the needed tech, expertise, and programmers. In fact, by 2021 the global software development outsourcing market will reach $843B in value.

So where exactly should you go looking for a new team of software developers? Asia (India and China primarily) and Central/Eastern Europe (Poland, Ukraine, Romania, and Belarus) are strong contenders.

Hire a team of developers?

But before you choose the exact region, ponder over another issue: what kind of a team do you need?

Should You Choose a Fixed Price or Dedicated Team Model?

The fixed-price cooperation model has little wiggle room when it comes to project scope and it’s best suited for short-term, non-complex custom software development projects. The dedicated team model is by far the more popular and successful. And here’s why:

In our previous post, we provided a deeper level comparison of these to IT collaboration models. Be sure to check it for additional insights on the matter.

Where to Find a Dedicated Development Team?

Currently, the majority of software development outsourcing (80%) goes to Asia – India, and China specifically. But a growing popular destination is Central and Eastern Europe, as these countries house 200+ universities graduating 60K IT specialists every year.

The IT reputation of countries like Ukraine, Poland, Romania, and Belarus is growing rapidly, and given the quality of provided services and the overall costs to hire software developers. Hence, consider comparing dedicated developers that hail both from Asia and a variety of CEE countries. What follows is the comparative analysis of the most popular outsourcing destinations in those regions.

Of the 1.7 billion people in India, 5.2 million are developers. And the Indian government provides a lot of support to the IT industry, considering it is one of the top-5 in the country. And even though the IT YoY growth has declined recently, it is still at about 14%.

The biggest draw for India is obviously the cost. In fact, a local outsourcing company will likely charge you the lowest rate in the world, although the low hourly rates may be somewhat offset by the number of people often required for a dedicated team.

The problem? A lot of Indian developers are niche specialists, which is both a good and a bad thing. Most local developers attend intensive training boot camps in very specific areas of coding/development and remain in that narrow specialization. A prime example is a decision by Google to train 2 million Android developers there. Full-stack developers are definitely a minority. Finding a dedicated team will mean far more “heads” involved than in other places, because of this heavy specialization, and that can impact the cost.

In general, the pros and cons of engaging with a local software outsourcing company are as follows:

Over the past 20+ years, China has become much more prolific in software development. The country is now referenced as the second leading outsourcing destination. And the local government has recognized this area as one of 7 industries for focus and support. YoY growth is expected to be about 15% over the next several years.

Hiring an offshore development team in China may seem attractive due to lower costs and wide access to talent. But there are certain challenges that come with outsourcing to this destination:

The majority of software development companies specialize in the FinTech industry. This is probably a factor of bank commissions being one of the largest sectors of the economy and has given software developers lucrative in-country work.

Belarus boasts more than 30,000 IT specialists and over 1,000 software development companies. Many of their developers have gained global recognition:

The overall business climate in Belarus is improving and now has a ranking of 38th in the Doing Business Rating, among 190 countries evaluated in 2018.

In general, it’s a good destination to hire an outsourcing team, offering a good cost/quality balance. However, one major concern regarding outsourcing to firms in Belarus is the attrition rate, which is about 24% according to Ernst & Young. This is a higher rate than in most other CEE firms, and it can have implications for consistency within dedicated teams as they work for clients.

Ukrainian IT outsourcing market has grown exponentially in the past few years. And the desire of this industry to gain a top position in the global outsourcing market means that local companies strive to hire and nurture the top talent and focus on quality and competitive pricing above all else.

Ukraine is home to 245+ software development companies that generate over $2 billion in revenues, with over 170K IT specialists in the workforce.

Here are additional important stats about the local IT ecosystem:

The reputation of outsourcing companies is being clearly established. In the Global Outsourcing 100 list by IAOP, 18 Ukrainian companies are listed. Further, in October 2017, the Global Sourcing Association listed Ukraine as the “offshoring destination of the year.” Adding to its reputation for quality, it is ranked 11th by HackerRank with respect to the most skilled developers, and, critically important, first is “security.” And TopCoder ranks Ukraine 6th in programming technologies expertise.

Culturally, Ukraine is close to Western countries, and English proficiency is growing – both of which make doing business there easy. What’s more, individuals from the EU and the U.S. do not need visas to enter the country.

In sum, Ukraine is fast becoming the preferred destination for outsourced development, and its prospects for leading CEE countries are great. While the political climate has had no impact on this industry, it does bear watching. Hire dedicated developers in Ukraine.

Romexsoft We are Romexsoft – agile Java software development and Managed IT Services provider from Ukraine. We track all the latest tech trends and love to share industry insights and best practices learned from own experience.
Share The Post 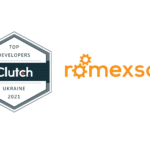 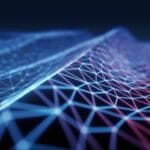 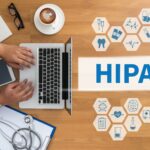 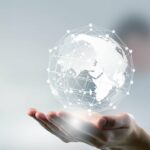 Learn how to hire and collaborate with software developers for your IT project. The difference between a dedicated team and a fixed-price model explained. What…

You are likely managing internal teams. And if you are good at what you do, then you already know how to manage a team effectively.…

The Definite Guide To Managing a Remote Development Team

Finding top talents domestically may get difficult at times with the competition being ripe, especially in the Silicon valley, London, Berlin and other buzzing startup…

Such scenes are played out all over the world. Creative has a unique idea for an app he knows will be a big seller. A…

How to Manage a Tech Team if You’re a Non-Technical Person?

Overseeing IT as a non-technical person can seem intimidating at first. You wonder how to manage a team that seems to speak another language and…

Single Vendor vs. Multi-Vendor Outsourcing: What to Choose?

A large orchestra has a number of instrumental sections – woodwinds, brass, percussion, etc. Each of those sections has a leader responsible for providing the…