There were many challenges for software testers in 2015 and more to come in 2016. We are glad to share our predictions for latest software testing trends in 2016. 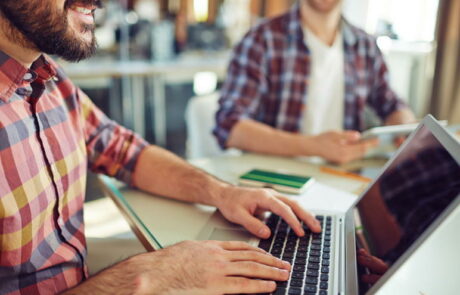 Agile environment and DevOps practices are being highly used and adopted among software testers as their quality level is increasing due to high market demand, fast project changes and releases. We have already faced a vast demand for software testing automation, which will be relevant more than ever in 2016.

In the World Quality Report 2018-2019, the only major global research study on testing and quality assurance, you can find more in-depth research, conclusions, and predictions based on the fast pace of digital transformation and its overall involvement in all major industries.

Here they come, the most relevant new trends in software testing 2016 proven by our experience:

As stated in the report, the QA and Testing budgets have increased by 9% year-on-year. The proportion of IT resources spent on testing in 2018 is predicted to increase by 40%. The automated test cases have risen up to a 45% increase.

The increase in spending showing a good tendency towards the acknowledgment of quality assurance for business outcomes. The testing services need to become more efficient as we see not only an increase in the testing budget but also in market needs and demands.

Agile testing practices directly respond to new challenges dictated by technological progress, such as speed, interaction and high quality, and to new technology in software testing. Responding to those challenges is a key factor for staying up in the market. New types of tests are appearing and being added to existing automation processes, thus continuous integration is a must in every Agile organization. Most popular tools, such as Jenkins and TeamCity, facilitate the integration of automated tests resulting in faster releases.

Those ones that are currently implementing Agile methods and DevOps practices into their work will gain a more competitive edge on the market.

People consume a massive amount of information, producing and sharing daily via the web, mobile or directly on Cloud. Thus, security testing is becoming a priority for many companies to control their data flow and avoid leaks.

From the last year’s stats, we see a great shift of up to 33% from traditional testing to security testing. It is much more cost-effective to cover security testing than trying to add it afterward. It is implemented mostly by means of code review as many flaws can be detected at this stage with the use of scanning tools for code checking, penetrating testing and many more.

With a mobile explosion of the market, we cannot neglect the fact that it starts to play a major part in the organization’s development strategy. When it comes to testing, there is still a lack of consistent methodology and tools for mobile testing. The development of mobile apps takes relatively less time compared to websites and web applications, which make it a challenging task for software testers to stick to deadlines and perform regression testing.

Security is another aspect of mobile testing. This emerges as people are storing more and more sensible and private information by connecting to various mobile apps and conducting mobile payments. It brings a lot of new challenges to testers in terms of security, usability and performance.

Voice applications like Siri and Google Now bring testing to a new level of complexity as it is not easy to test different voices and accents.

Automated testing has become an integral part of the process of continuous delivery. Agile methodology, with its rapid changes and short iterations, makes the fast detection of defects and bugs the most important. Subsequently, test automation becomes a key solution for this, allowing to make the process more efficient.

The quantity of automated use cases is gradually increasing within the organization yearly. A vast variety of different open source automation tools delivering bug-free software is available on the market, such as Selenium, Cucumber, SoapUI, etc. More and more manual testers start to code and move to automation software testing. Python remains the most popular language for writing automated tests as it is human-readable and easy to start with for the industry’s newcomers.

Test automation is an integral part of the testing lifecycle despite many challenges: lack of professional automated tools for developers, not enough qualified automation testing engineers, etc. Sooner or later, automation testing will not be anymore considered as a second activity after manual testing, but an effective solution helping to avoid routine testing and focus on more complex test scenarios.

Here are just a few final tips for your company to focus on in 2019:

Comparing with the last year, we have witnessed a shift to security testing and the rapid development of automation testing. What are your predictions, will these software testing industry trends stay relevant?
Viesearch – Life powered search

Top 10 AWS services to choose for your business in 2020