Inside The Toolkit: 21 Test Software Testing Tools Rated and Reviewed 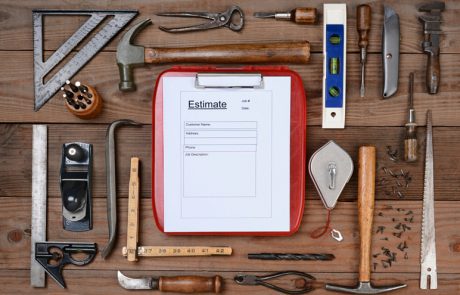 While testers make developers cry (kudos to Michael Hunter for this over-the-top line), they also contribute to making the final product bulletproof.

If you want to power up your product testing, you’ll love this guide.

We’ve posed the question: what’s inside your toolkit to 8 testing pros and here are the top answers we’ve gotten.

Appium offers powerful client libraries for languages that we use for scripts implementation (Python, Java). Appium is open source, works on every notable operating system, and, the best of it all – works for iOS and Android. Also Appium uses UI Automation for iOS and UI Automator for Android JavaScript libraries, which allows us to gain access to native UI elements on application screens.

Serenity – a powerful BDD library for creating automation scripts in Java, verification web applications, collecting errors and combining all the results into easy-to-read, visual reports. This library is the best choice if you are choosing among Java software testing tools. Bonus: could be used as a script library for Appium.

Jenkins – a continuous integration server for running automation test on demand and improving release process. We use Jenkins to send emails both in case of errors and success builds.

Listed instruments are open source automation software testing tools, so you don’t need to worry about additional licensing. Also to higher application performance you can combine these tools.

Between automated regression testing tools Jenkins is my go-to tool as I’ve been using it for nearly a decade and know all the ins and outs on the product.

I believe Ruby is the best programming language to write custom test cases, plus the majority of our products are coded in Ruby.

Jmeter is great for load tests as it’s free and open-source, meaning tons of possibilities with zero tech support however. But you can always google what you need ☺

Among the paid tools, I use only RubyMine as it’s indeed a superior source code editor and IDE.

Selerium WebDriver has been around for ages. The app is mature, flexible and capable to cover up to 90% of automated web tests. (Less manual work, yay!). I really like the fact that you can connect the library to any language and easily combine it with any other library (e.g. Java, Ruby, Python).

Appium is my primary choice for mobile automated testing among most popular test automation tools.

Soap UI is another tool for automating web services testing, however in comparison to Apache CXF it lacks flexibility. But it’s still a good choice for a start.

They can all be used well, with a well-designed framework. They could also be used in a brittle, unmaintainable way. It’s not so much the tool as how it is used that matters.

QuickCheck was first created for Haskell language, but is now available for all the other popular languages – Ruby, Java, Python, PHP, C++ etc. This tool is brilliantly simple – you write certain assertions about logical properties that a function should fulfill and the app will generate a test case, which falsifies these assertions. Huge time-saver and returns rather valid results.

Cucumber is great for creating acceptance tests and BBD libraries for apps written in Ruby.

Rspec is an alternative tool for creating BBD test cases for Ruby. The newest version is pretty sleek.

My tool of choice is Ranorex. It’s rather flexible and supports multiple devices, applications and environments. It allows running efficient cross-device and cross-browser test cases; works equally great whether you are testing website, mobile, desktop or web app. I like this tool UX and unique features e.g. drag & drop test creation, one click reuse of modules and keywords and so on.

The tool seemenglisly integrates via API as you have full access to it and all the test executables are easy-to-configure. It’s a paid tool, but the license are all worth it.

The most useful automation tool used in daily work?

There’s one. Really powerful. Never goes obsolete. No need to buy. It lacks recognition from most of the people. It can always be improved to make even more powerful.

It’s your mind, folks. Mind is an ultimate tool that sets us apart from animals. It’s a tool that enabled us to use sticks, stones, and hadron collider.

Develop your sharpness of thinking and memory. It’ll serve well not only in testing.

Ok, now apart of that I have experience with the following tools:

We are using Ranorex almost daily and we are really happy with it. It supports a lot of different technologies, which allows us to use it for all kinds of applications we are developing, e.g. mobile and desktop applications.

Also the support is really good, whenever something is unclear (which is not really that often) the Ranorex people are there to help us. I do not think that there is anything that could be improved at the moment.

To wrap it up:

And what’s in your toolkit? What software testing tools do you use in your projects and which one’s nailed the best results? Leave your tips in the comments below and we’d be happy to include your suggestions to the list!